This game is the first of 3 spin-off games featuring the Quasimodo character from the currently in development game Hunchback Redux*, also for the Commodore 64 (*provisionally scheduled to be released in 2023).

The objective is to guide Quasimodo through 12 Christmas-themed levels clearing all the snowballs and collecting precious stars and collectables which will appear throughout, whilst avoiding the many obstacles and Happy Little Elves.   Warning! The Elves don't stay happy for long going about their business - if you take too long clearing the snowballs, they will magically turn on Quasimodo and become Naughty Little Elves looking to stop him with their snowball guns.  And watch out! lurking in the wings is an evil snowman called Boris who will be out to try and thwart Quasimodo from completing his Christmas Caper.

SPECIAL NOTE TheC64 PAL system users: There is a bug in the firmware of TheC64 which may cause games to play at NTSC 60Hz speeds by default.  Quasimodo's Christmas Caper is designed to run at PAL (50Hz) speeds.  To resolve this issue, factory reset TheC64, reboot and then select 50Hz and save the settings.  Then re-run the game. Switching between PAL and NTSC via the menus doesn't save the change unfortunately.  It will affect all PAL games, not just Quasimodo's Christmas Caper.

Please report any bugs in the comments section.  There may be some quirks I already know about and have noted down to fix in a later release.   Thank you.

Copyright © 2023 - rwx designs.  This game is fully copyright under UK Law and not for redistribution and/or download from any other website/digital platform.

Please download only from itch.io and support the author!

In order to download this game you must purchase it at or above the minimum price of $3 USD. You will get access to the following files:

R2 introduces a split bug between top clouds and logo.

if it's on the title screen - not too worried about it as it's intermittent, but thanks anyway. I will tweak it a little for R3.  Some extra conditional code was fed in around that area and has caused it to move across the screen a little into view that's all.

I know it's just a beauty bug. Just wanted to report. ;-)

Yes - thank you, I greatly appreciate all reports and you taking the time to report to me.  I will get to fixing it - promise! :)

Reply
Richard of TND29 days ago

Well done with your game project. I was really pleased with the overall production. I'm looking forward to seeing the version with loading bitmap, etc. :)

Many thanks Richard, that means a lot given the amount of great games you've written yourself for the C64.  I will update everyone as soon as the tape version with the loading screen is ready.

I like the game and the snow fall effect is excellent. Would like to have a setting so that jumping uses the Fire button. (Not pushing Up on the joystick.) Some issues with getting into the Options area and selecting settings then getting back out.  (PAL Vice 3.6.1.) I have a Maxi and can try it to see how it goes.

Glad you like the game - and the snow! Up vs Fire for jump is a controversial one.  Rainbow Islands and Bubble Bobble use Up for jump and that's why I went in that direction.  I use fire button in the bonus level if you manage to reach it.  Hope you understand.

With regards to options.  Up to enter and Up to exit.  However, I may tweak the options in a small update as I've discovered a bit more memory for me to use in the game.

Great that it works in your version of VICE and by all means please let me know how it goes on the MAXI.  Thank you again for your support.

Interesting.  What do you mean by the Startup Screen?  The RESTORE key should only be active in the game itself.  You can't hit RESTORE on the title screen for example, it won't do anything. I've hit RESTORE at various points in the game when the level starts up and it quits back to the titles as normal. I've not managed to recreate the issue on my version of VICE 3.4 and on my Ultimate64e.  I will have a look into it further though.

It would be interesting to see your C64 MAXI video at some point.   I know that Kawari does have some issues over a normal VIC-II chip.  There are some bugs still floating around, I've seen some posts on forums regarding this.  Some games don't work at all properly.

Thanks for your feedback.

So TheC64 issue looks like it's running in NTSC mode. Given the speed of the music and snow falling, it definitely looks just a few percent faster even though you've set to PAL mode as you say.  There is a bug in the firmware I believe.  What you need to do is factory reset TheC64, reboot and then select 50Hz and save the settings.  Then re-run the game.  I've read that switching between PAL and NTSC via the menus doesn't save the change unfortunately.  It will affect all PAL game, not just my game.

As for the RESTORE key issue - it looks like you already had an issue before pressing it, as the title music was still playing in the level with the timer paused.  I will look further into it as I've got an Ultimate64e, so should be able to recreate if it's U64e related or not. I've also asked one of my playtesters to see if they can recreate the issue as they also have a U64e.

Thanks for the feedback and videos. Very helpful.

I started playing it, a bit hard but nicely done. I can't wait for Hunchback Redux to come out.

Thank you for buying and playing.  It does get easier with a bit of practice and there are 3 difficulty levels to choose from.

I'm looking forwards to Hunchback Redux myself.  I am having a short break and then I will be starting work on the game again.  Keep checking back on here and my youtube channel for updates.  Thanks again.

As promised, here is my longplay. Great work, Robert!

Many thanks Christian.. appreciate it! :)

Thank you - greatly appreciated.  Any issues, let me know. 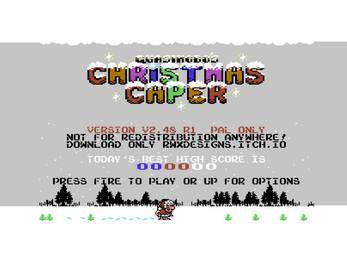 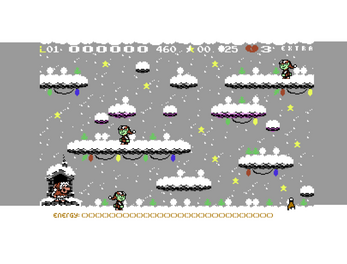 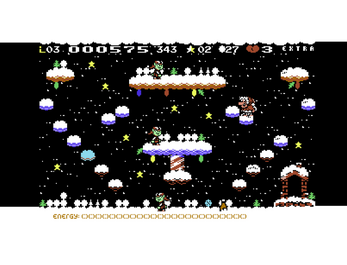